Few days ago, a fellow programmer contacted me and revealed a project he has started:

MeetixOS - an operating system derived from the Ghost OS. It extends the kernel with some features and adds various applications.

It is nice to see what's possible with the kernel already and what the Marco was able to build on top of it. Great work! 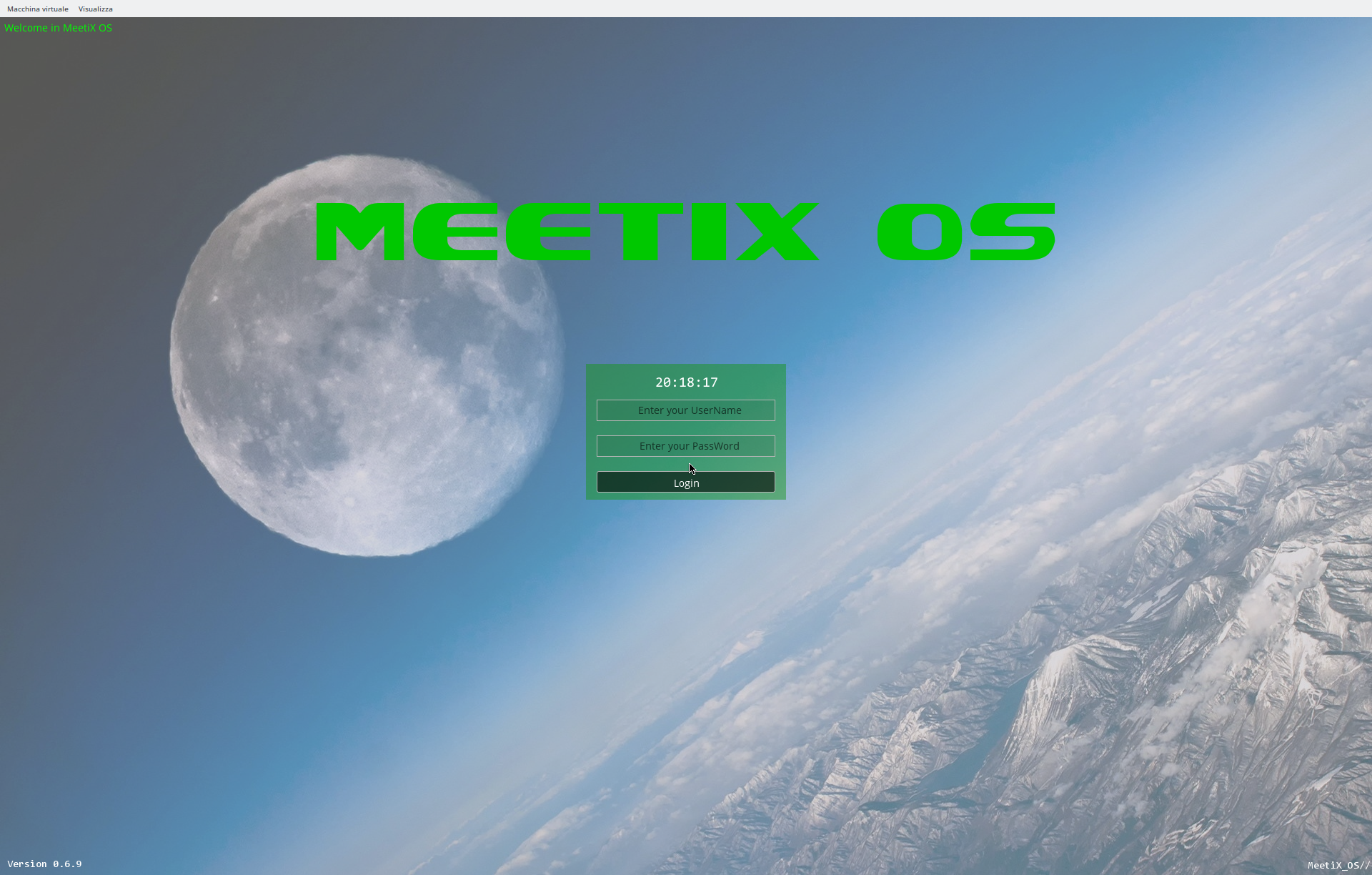 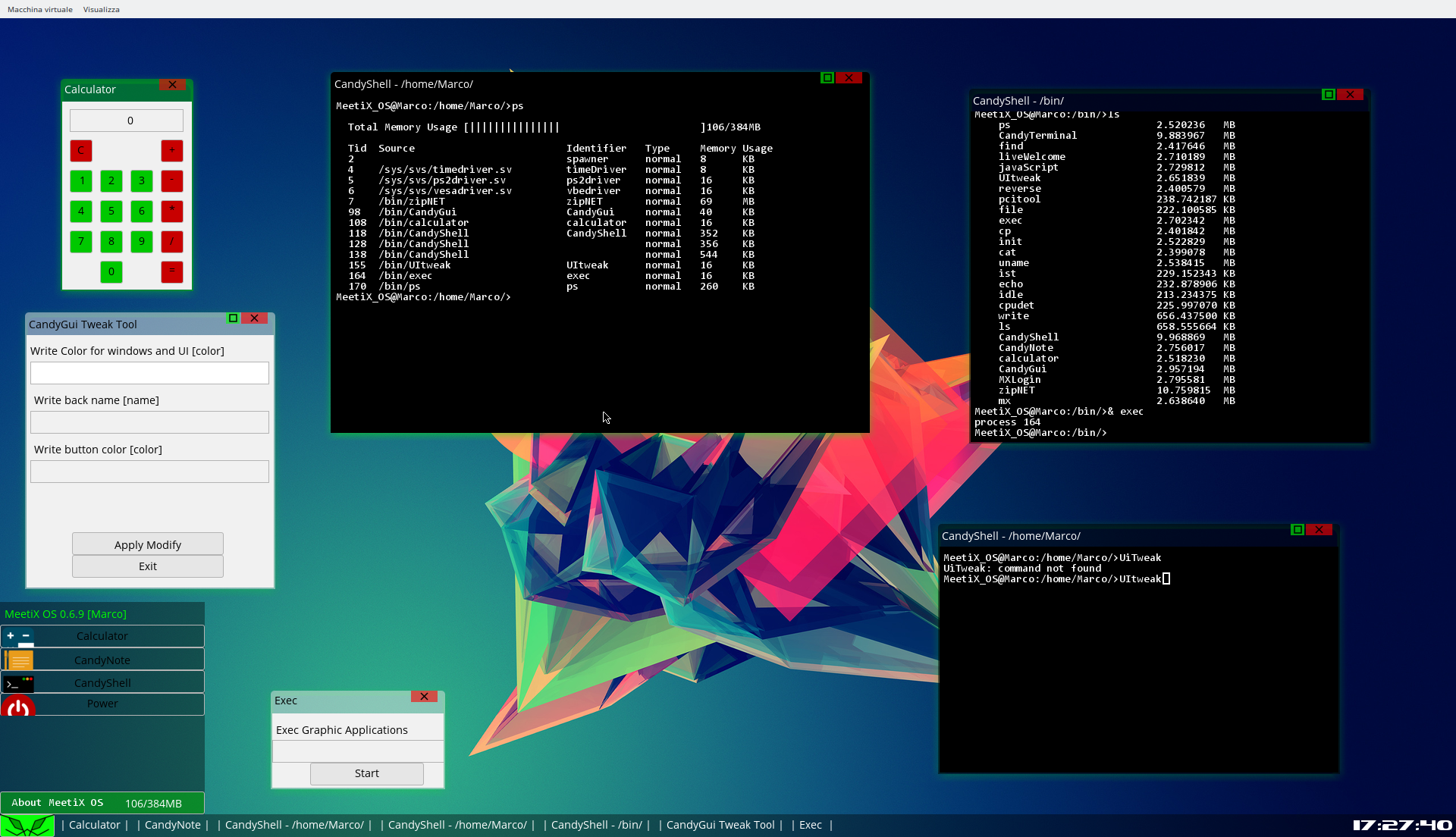 I'm very interested to see which way this project will go and how we can collaborate together.

Sources version 0.5.6 are now in the GitHub repository! You can download the current demo file on the download page.

Made some improvements to the kernel and fixed a few minor issues in the libc and libapi. Improved how command line arguments are passed when loading binaries. Previously, the initialization routine running before the user's main function had to parse the arguments - now they are already parsed by gosh (the new Ghost shell) and provided bite-sized to the executable.

Most time was spent finishing the new terminal (that now responds well to escape sequences) and then starting a port of GNU bash. It depends on quite some POSIX/Unix functions that I had to implement/still have to implement to get it running. It compiles well now and tells me its version, but there is still some stuff to do. 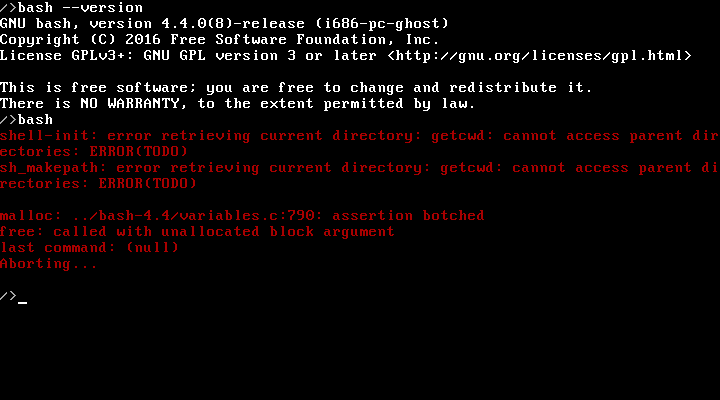 Last but not least, I added a fancy boot screen to make it look a little nicer when starting up ;-) 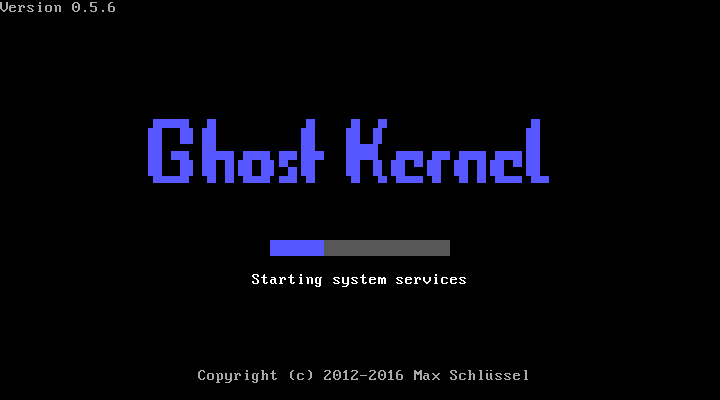 I rewrote the terminal driver so that it now uses VT100 for output. With this it is now possible that applications can control their terminal window by sending escaped commands.

This also allowed me to finally separate the shell implementation from the terminal itself (it was basically a "built-in shell" before). The shell is now found in gosh - the Ghost shell. This shell is still work-in-progress but will soon be enriched with various features.

What you see in the screenshot is a little demo - I ported the Duktape JavaScript interpreter and made it run a script. I'm thinking about using this as a replacement for what bash/sh usually do, but this is just an idea for now. 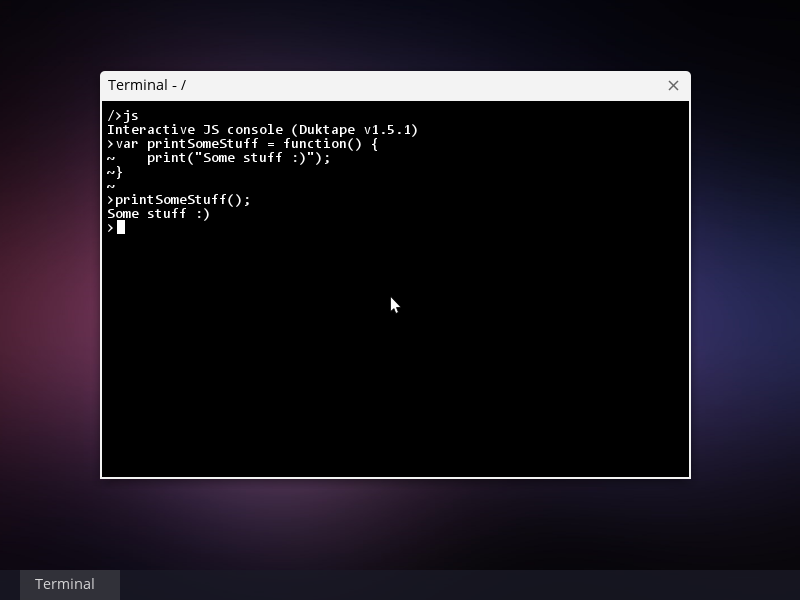 After debugging for many hours, I finally got the canvas implementation to work nicely. It is now possible to perform drawing on a free canvas from any application. This is implemented using shared memory between applications and the window server.

The new canvas implementation finally allowed me to add a GUI mode for the terminal!

Here's a little video of it in action. It's still a bit laggy though :o)