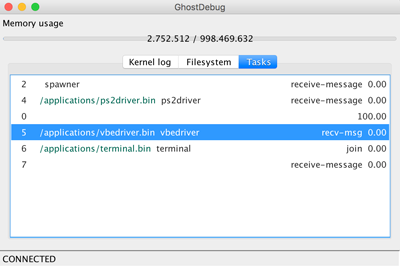 After implementing the basic parts of the custom libc that now replaces Newlib, the system services and applications are up and ready again! There are still some issues with libstdc++-v3 that I'm currently fixing. In a first test, the window manager also turned out to run without a hassle with the new custom C library. *Newlib is gone.*

I did some cleanup in the project structure and reworked the build process, too. The code base was cleaned up a little. When I've finally decided for a license and eliminated some minor atrocities I'll go for a the first public source release. Stay tuned!