This release contains a whole bunch of new features and improvements. The window server rendering backend has been completely rewritten and now uses the cairo graphics library. Overall stability has been improved with various changes to the kernel.

Try it out yourself! Get the demo image.

The new sources are available on GitHub. I started writing a documentation that is in the repository too and be compiled using ASCIIDoc, for those who are interested in technical details of the kernel.

In an effort to get some proper painting I decided to port the cairo graphics library, which has advanced painting and nice performance. This made the UI a little bit faster in general. There are still some things to do (text fields must be fixed to work for cairo), but the overall experience with the library is great so far.

Last but not least: I've been working a lot on a nice documentation using asciidoc, which will go online soon and be continuously updated and complemented.

I'm doing some work on the system documentation. For this I made a diagram that shows how filesystem transactions are working in Ghost. The following explanation applies to the read operation when a driver task is involved. Filesystem drivers in Ghost run in user space, therefore they run in their own task. The request object in the requesting task now contains the result of the operation. 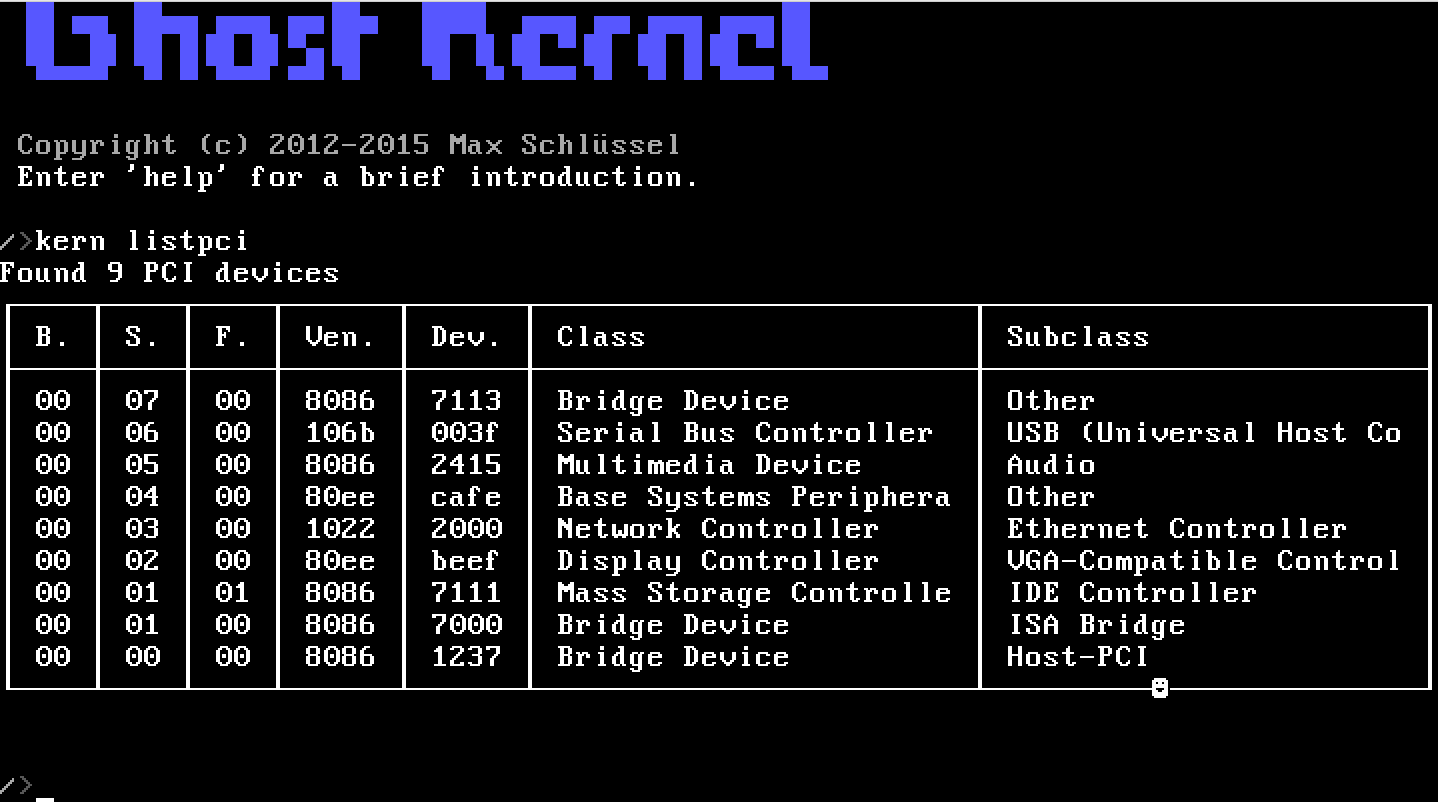